someone needs a haircut! 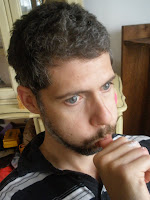 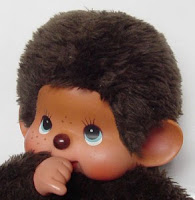 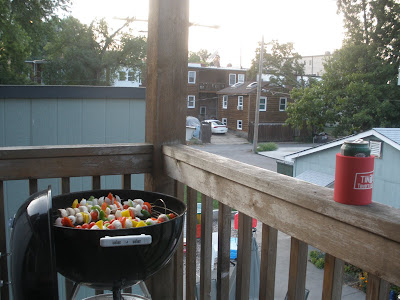 This week started out with the promise of being a difficult one at work (one week to install a temporary Abstraction show and tie up the loose ends on a Teaching Gallery show that has been lingering near finished for weeks—with the requisite amount of pedestal building/painting/refurbishing thrown in to make it interesting) and it has more than delivered in that respect.
After a fairly tiring day yesterday, Claire picked me up from work and we raced over to the sushi happy hour at Wasabi in Clayton. An easy (and early) treat for dinner which set the stage for an uncharacteristically lazy evening of lounging in bed and nodding off to sleep before midnight (!) in anticipation of getting to work an hour and a half early to get a jump on things.
After an 11-hour day, I get home to find Claire cutting up veggies for the grill and 2 of the pinkest tuna steaks I've ever seen (they looked like watermelon!) in queue in the fridge. The best way to take it easy after a long day (and before the next one) and to take advantage of the last evening of a small break in the summer weather. 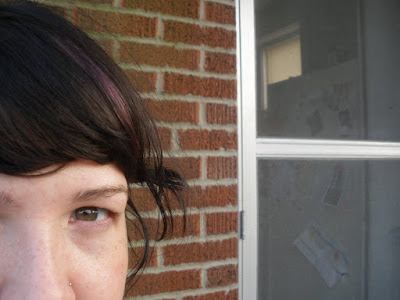 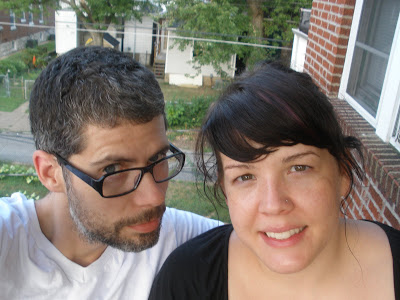 We both look so tired. We are. 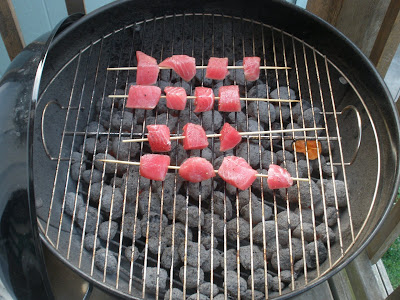 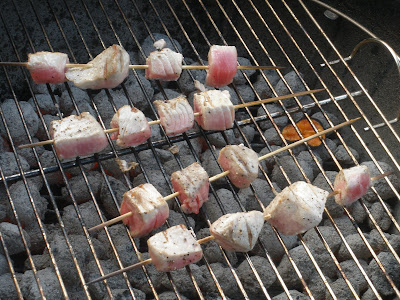 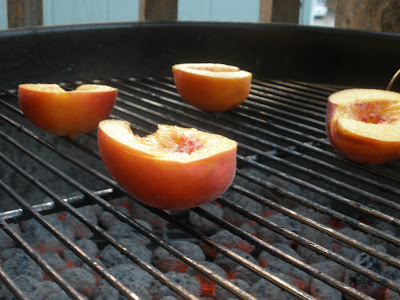 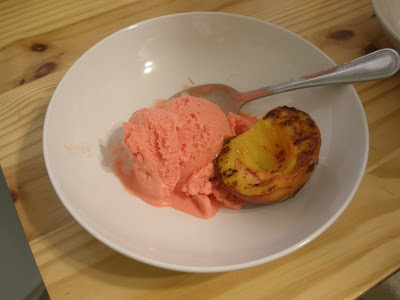 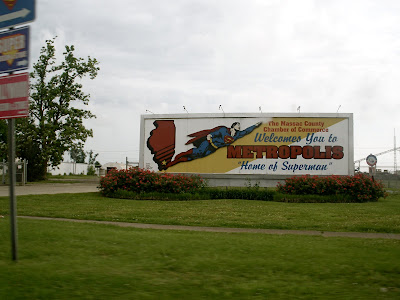 Still playing a bit of catch-up here, but what's this summer heat good for, if it's not a good excuse for summer laziness? On the way back from Nashville over Memorial Day, Claire and I stopped in Metropolis, IL and visited the Superman Museum. I hadn't been there in a few years, but i don't think they had more than 10 new items on display. There's so much crammed into it though, that it doesn't really matter. 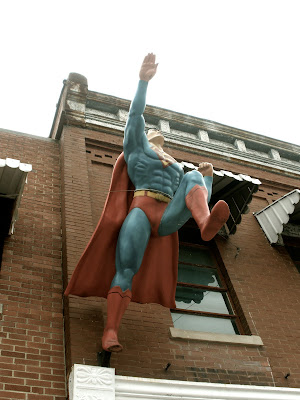 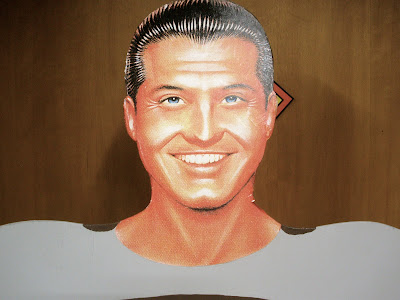 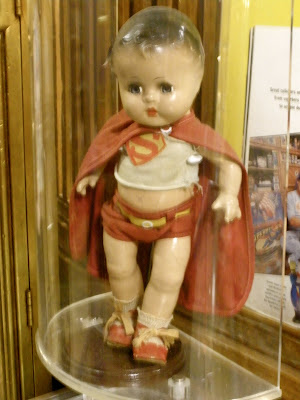 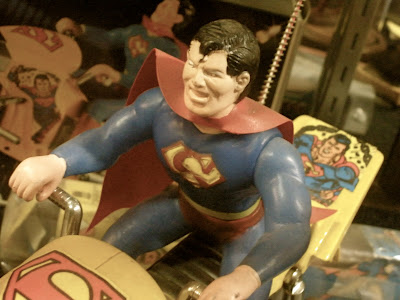 I think he's so angry because he just realized that he has no use for a motorbike. 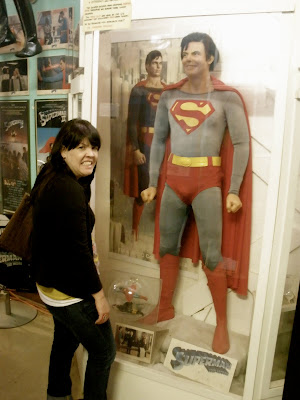 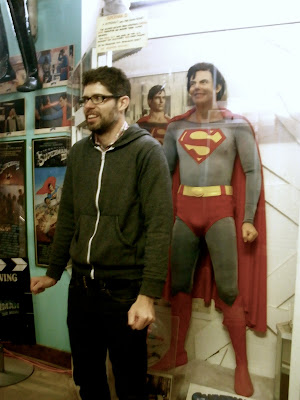 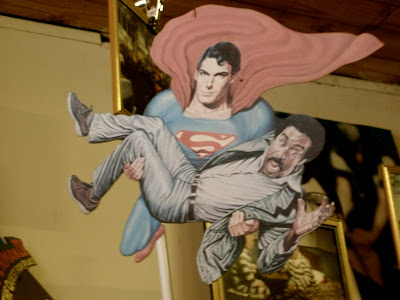 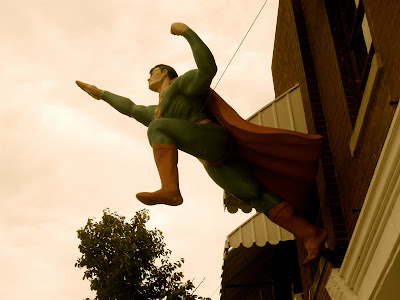 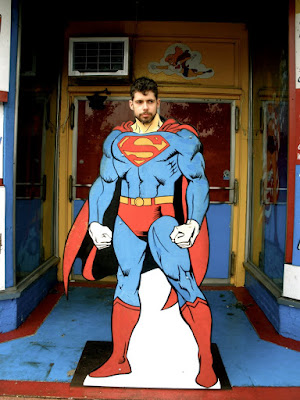 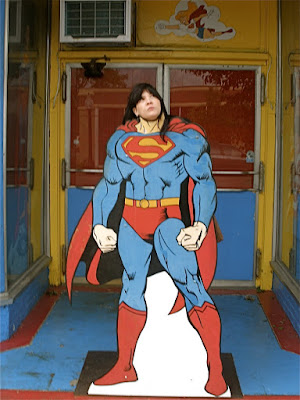 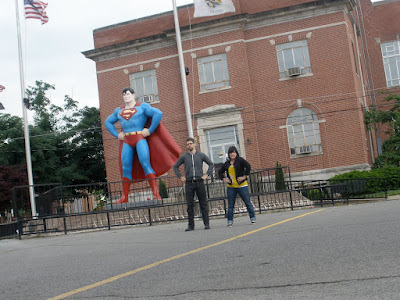 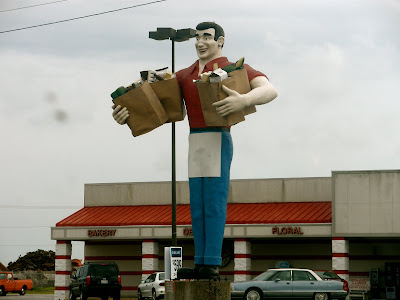 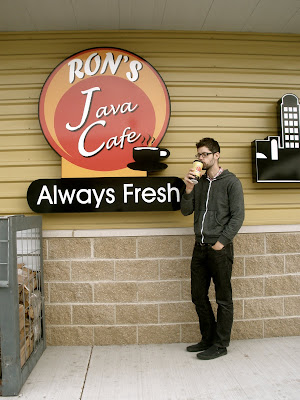 Checking in on the business on the way back to St. Louis.
Posted by ron at 9:45 PM No comments: