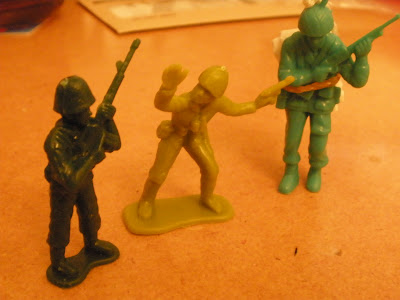 "OK, OK! I give up already!"
So Claire wants more postings. Well, she's right y'know. This whole thing was kind of my idea, and I haven't been doing a very good job. With Claire's permission, I am going to change "clean the toilet" on the list of chores that she made for us with "make a blog post." Priorities are important.
So...what have we been doing this summer? The same as everyone, I guess. Hangin' out. Cookin' out. At times, even rockin'out. Like pretty much the rest of St. Louis, we recently went down to the first installment of the weekly (for 3 weeks anyway) Live on the Levee concerts down at the Riverfront to see Sonic Youth play a free show. Yes, that's right. You might be thinking, if you don't know any better, "well, that sounds swell, but I bet it was 100º in St. Louis in the middle of July. Have fun at your free Friday night show, I'll be at home with my feet on the AC drinking a Dr.Phizz and watching the Ghost Whisperer." Well, as wrong as that choice would be on any normal Friday night, it would have been what the kids call an "epic fail" on the night in question. First of all, the weather that evening, clear skies and 71º. Yes.
Secondly: 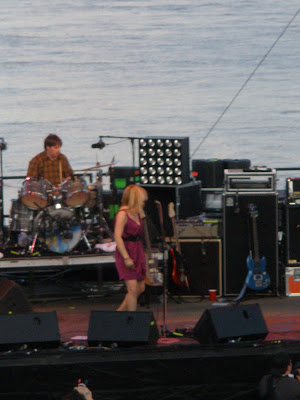 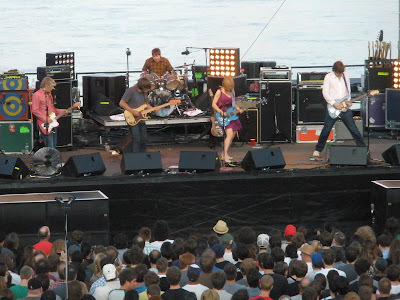 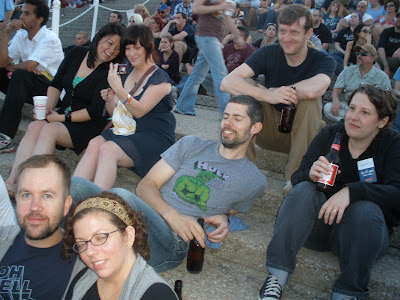 Where's Claire? Behind the camera.
Thirdly: 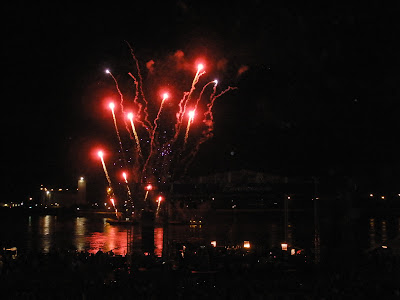 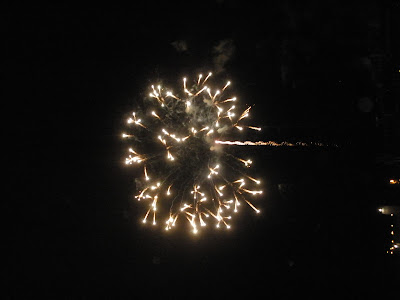 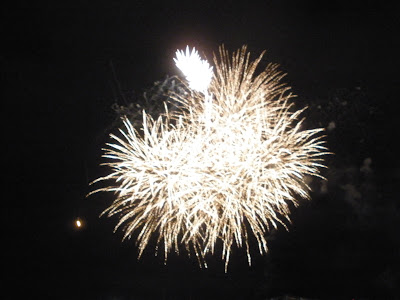 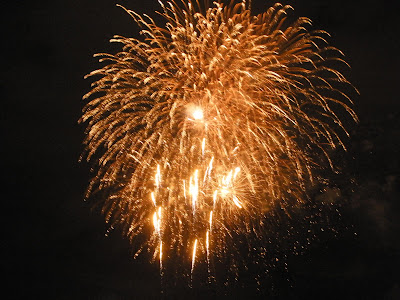 Big St. Louis fireworks finish, as Sonic Youth continued to play their second encore. Or rather, tried to. They were predictably cut short (and cut off) within seconds by the piped in sound of Nickelback or something (actually, I understand it was "Finger 11" whatever the that means.) And though for one brief moment, there was no better place to be on Earth than St. Louis, the truth is, that's not really what St. Louis does. It would be no more fair to expect that level of perfection of our city than it would be to do so of ourselves. Imagine the pressure of having to live up to that standard every day, or, worse, having to live with the daily disappointment of not being able to do so. We are St. Louisans after all. We are a practical people. We have better things to do than trying to be cool all the time.
And so, in their great wisdom and prescience, our city fathers turned off the fantasy, and turned on the radio, saving us from ourselves and from those pied pipers from NYC, those intoxicating youths and the alluring sounds they make. Thank you, city dads. I'm glad you're on our side.
(A note: the image that opens this post is a pic of 2 army men and 1 parachute man in fashionable colors that Claire got for me this weekend with Skee-ball tickets won at the arcade at the Ronnie's 20 movie theater. We went to see a dumb movie that is referenced in the title of this post. All I can say is that I would've liked it more if there had been more Han Solo. On the other hand, it had more Han Solo than I would've expected. And not Harrison Ford, HAN SOLO!)
Posted by ron at 10:10 PM 4 comments:

this is a picture of how i feel about this blog, lonely!! 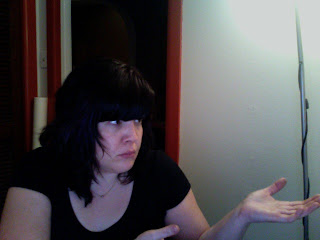 where are ron's contributions? 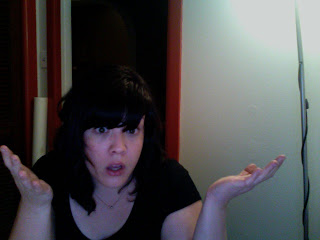 besides the putin, bond look a like photo, it's been a while!!
who agrees ron needs to draw a new picture of the two of us for our blog name heading?
me, me!!! 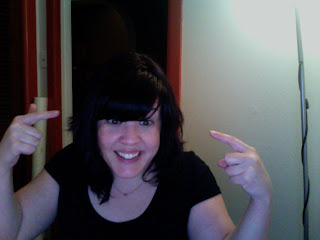 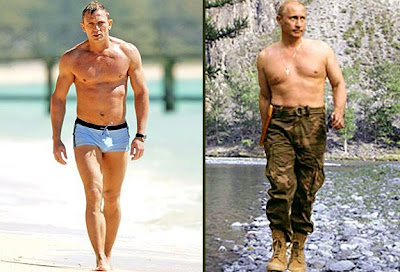 ron and i have completely missed all of june on this blog!
why are blogs so hard to keep up with?
1)  i think it's because facebook is enough of a blog.
2) after ron has showed me time and again, i still forget how to upload pictures!
3) as easy as they say it is to upload videos off of,  the FLIP video camera ISN'T!!  i have
tried to use youtube.com  to upload onto, it doesn't work for my camera, and vimeo.com is
good, but i want to use youtube.com.
4)  turning video footage into a movie, is hard too.
stay tuned for some new uploads!!
Posted by claire at 11:19 AM 1 comment: